A real pearl located on the Tyrrhenian Sea coast, this ancient fishing village is only a few kilometers away from the camping.

Great variety of choice and of itineraries for everyone’s taste: a panoramic 4 km seafront promenade and the unique Old Town with distinguished traditional restaurants, local artisans’ shops and art galleries.

In the Old Town of Salerno you will find the solemn Duomo, an 11th century Romanesque cathedral, and the Minerva Garden, a botanical garden included among the 100 most beautiful Italian parks.

The “Villa Comunale” is also worth a visit, with its luxuriant vegetation typical of the Mediterranean area and statues.

You can also visit Fort La Carnale, a cavalry tower built on the coast and the Arechi Castle which dominates the city and the gulf at about 300 meters above sea level.

Of particular interest for tourists there is also the Salerno Maritime Station, located on the Manfredi pier of the commercial port, included among the top Italian architectural projects in 2013.

The camping is located only 2.6 km from Paestum, the world-wide best-preserved city of the ancient Magna Grecia, that is known for its fascinating archaeological area, recognized by UNESCO as a World Heritage Site in 1988, bordered by well-preserved walls. Let yourself be fascinated by the majestic temples dedicated to the gods of Olympus and the ruins of the ancient town.

Just opposite to the archaeological area, there is the Museum of Paestum that collects all the objects found in the various necropolises in the surroundings.

But it does not end here! Paestum is in the middle of the “Piana del Sele” (the plain of the Sele river), the capital of buffalo mozzarella, a tasty traditional fresh cheese awarded with the DOP brand, an irreplaceable element of margherita pizza and a real delicacy that fascinates the multitude of visitors. You can end your visit at one of the many dairies that offer guided tours and a taste of mozzarella in its various forms.

The City of Agropoli  is made of a variety of landscapes: from the green hills to the crystal clear waters of the Gulf of Salerno. The city is a popular seaside resort. Among the beaches, the most suggestive is the one of Trentova. The cove of San Francesco is also a place to visit.

The area is suitable for daily excursions, like the one to the top of Mount Tresino or along the coast, in Unesco heritage areas.

From the historical point of view, there are notables’ churches, like the Church Santa Maria delle Grazie, located just outside the old town.

The ancient village, on the other hand, can be reached via suggestive staircases with a breathtaking view of the port and the Gulf of Salerno. At the top of these staircases, you will pass under an ancient two-arched portal surmounted by the coat of arms of the Sanfelice family. This is the Old Town of Agropoli, with its beautiful narrow streets.  Also to visit, the churches of Madonna di Costantinopoli and of SS. Peter and Paul. Once you reach the top of the hill, you can visit the Angevin-Aragonese castle that dominates the city.

The Cilento coast enchants all tourists for the exceptional beauty of its unspoiled nature, the crystalline blue of its waters, the charm of the beaches, cliffs and secret coves. Unspoiled nature, archeology and good food also characterize this area, an Unesco heritage, and National park. A real breathtaking itinerary, from the remains of the monumental complexes of Magna Grecia, to the fishing villages passing through the most beautiful beaches and secret coves. Let yourself be fascinated by the islet with the lighthouse of Punta Licosa, the seaside village of Acciaroli where Hemingway is said to have known the sailor who inspired his character from “The Old Man and the Sea”, the excavations of Velia, an incredible polis of Magna Grecia, the Caves of Castel Civita, the Hair of Venus waterfall.

Overlooking the Gulf of Salerno, there is one of the most famous natural beauties of the entire Italian peninsula: the Amalfi Coast. A perfect place for a tour that leads to the discovery of the natural, historical and architectural wonders of Campania. It takes its name from the city of Amalfi, the central nucleus of the coast not only geographically, but also historically.

Amalfi was the first maritime republic in Italy: the first nautical charts and the improvement of the compass were both realized by the sailors of the Amalfi.

The blue of the sea, the green of the Mediterranean scrub and the terraces cultivated with citrus fruits, blend with characteristic architecture to create one of the most beautiful paths in Italy, a unique landscape designed by bays, inlets, overhangs and small villages nestled on the hills.

Take a tour to discover Amalfi, dominated by the majestic Cathedral of S. Andrea, Furore, a true outdoor contemporary art gallery, Positano, a corner of paradise, Ravello, elegant and refined village, Atrani, medieval village, Minori , characterized by the combination of sea and culture, Praiano, a fishing village famous for the artisanal manufacture of silk and yarns, Vietri sul Mare with its pottery workshops. Do not miss any of the villages of the Amalfi Coast, Maiori, Cetara, Tramonti etc.

The pagan world and the Christian world coexist in the beautiful city of Pompeii, known all over the world for the ruines that brought to light the ancient city buried by the eruption of Vesuvius in 79 AD and destination for many pilgrims visiting the famous Sanctuary dedicated to the Blessed Virgin of the Rosary of Pompeii, tangible testimony of devotion to the Mother of Jesus Christ.

The archaeological dig allows tourists to take a real leap in time and immerse themselves into the daily routine of 2,000 years ago at the age of The Romans.  Particularly touching is the view of the plaster casts, a “snapshot” of the agony to which the ancient Pompeians were subjected by the hot gases coming from Vesuvius.

Naples, the Capital of the Region of Campania, needs no introduction. “See Naples and then die,” wrote the German poet Johan Wolfgang von Goethe, when after a long stay in the Neapolitan city he returned to Germany. Monuments, history, warmth, hospitality, beauty, mild climate all year round: Naples, a breathtaking city.

The city dominates the homonymous gulf, which extends from the Sorrento peninsula to the volcanic area of ​​the Campi Flegrei and offers a suggestive panorama, with the imposing Vesuvius volcano and the distant view of the 3 jewels of the sea: the islands of Capri, Ischia and Procida.

Let yourself be fascinated by the joy of the inhabitants, by the colors of the oldest and most folkloristic alleys, by the scents and history that you breathe in every corner of the city.

Taste a hot “sfogliatella” in Piazza Garibaldi, take a trip to the so-called underground Naples, stroll through the streets of the city to discover the ancient monumental churches, visit San Gregorio Armeno, the street of the cribs. You cannot miss the Chapel of San Severo, where you can admire the splendid sculpture of the “veiled Christ”.

The Maschio Angioino, the Royal Palace, the San Carlo theater, the Umberto I Gallery, the cloister of Santa Chiara, the Royal Palace of Capodimonte, the Basilica of San Lorenzo Maggiore, the Church of the Gesù Nuovo, all this and very much more still.

This popup will close in: 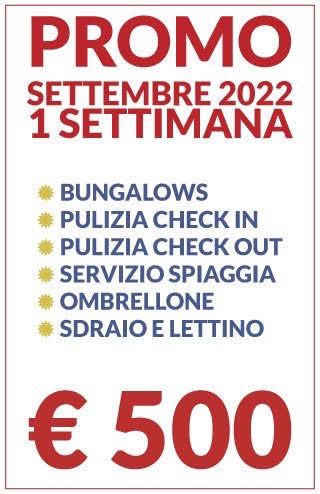